Charge transport is observed in open-gap fluids, such as molten salts, where the ionic diffusion leads to a non-vanishing static electrical conductivity even in the absence of conducting electrons. From the theoretical standpoint, the electrical conductivity can be extracted from the time-correlation function of electric currents in equilibrium molecular dynamics simulations, according to the Green-Kubo theory of linear response.
Despite the apparent simplicity of a naive classical description - where ions transport an integer, time independent, charge - in a first-principle framework the instantaneous electric currents are obtained from the Born effective charges, which are real, tensor, and time-dependent quantities: a computationally time-consuming and conceptually abstruse task.
Interestingly enough, if we aim at the static electrical conductivity, the same results are exactly obtained if the Born tensors are replaced by the integer oxidation numbers of the atoms.
In this work, we provide a formal, quantum mechanical definition of oxidation states in liquid insulators. We discuss how the gauge-invariance principle of transport coefficients, recently discovered at SISSA in S. Baroni's group, can be combined with arguments from charge-transport quantization to understand the mentioned unexpected coincidence, providing an alternative method to compute first-principle electrical conductivity of ionic fluids. Examples and numerical experiments are given for the case of molten potassium chloride (see Figure). The work has been partially funded by the MaX EU Centre of Excellence @SISSA. 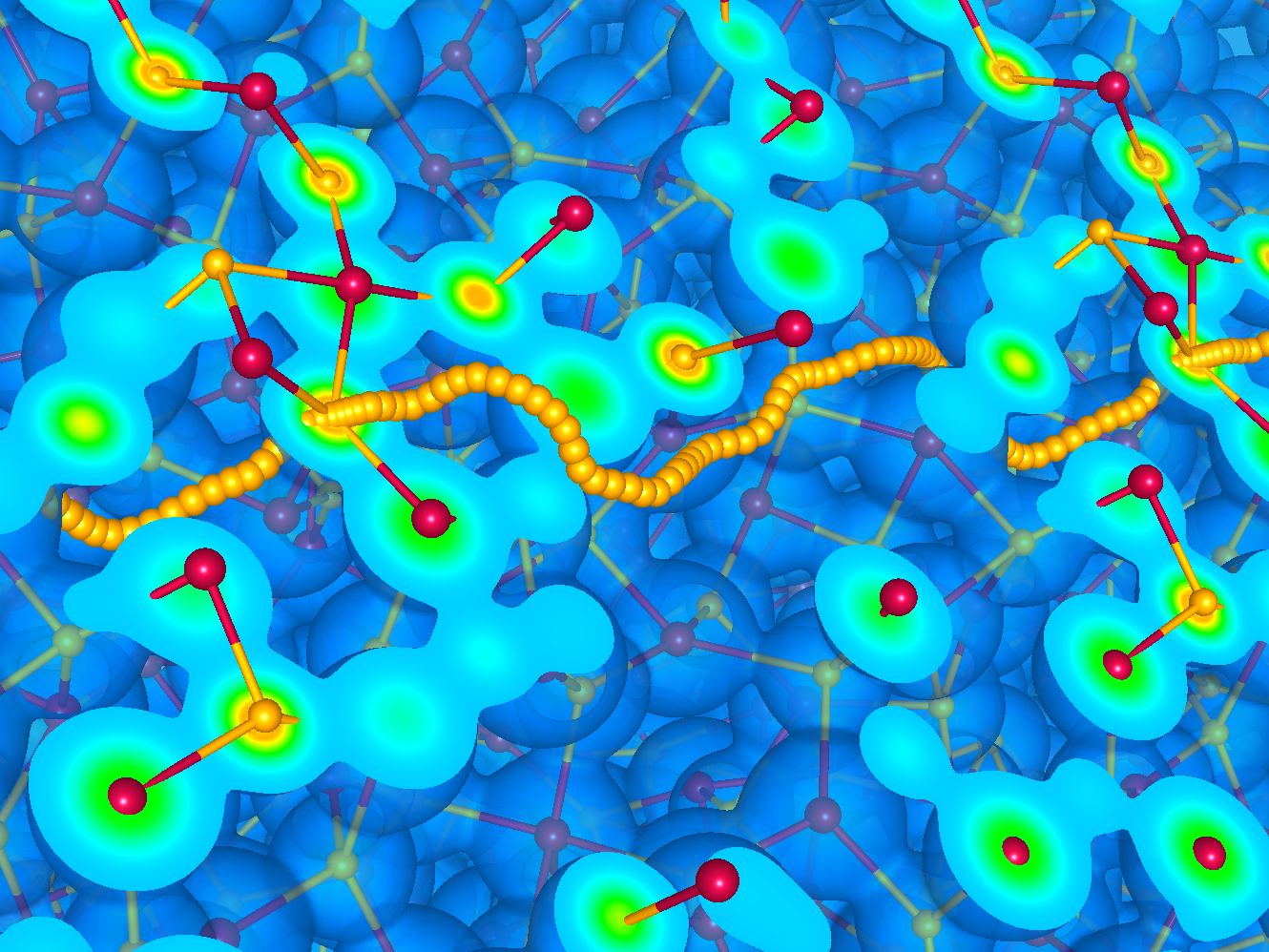