Theory and Numerical Simulation of Heat Transport in Multicomponent Systems

The thermal conductivity of classical multicomponent fluids is seemingly affected by the intrinsic arbitrariness in the definition of the atomic energies, and it is ill conditioned numerically, when evaluated from the Green-Kubo theory of linear response. To cope with these two problems, we introduce two new concepts: a convective invariance principle for transport coefficients, in the first case, and multivariate cepstral analysis, in the second. A combination of these two concepts allows one to substantially reduce the noise affecting the estimate of the thermal conductivity from equilibrium molecular dynamics, even for one-component systems. 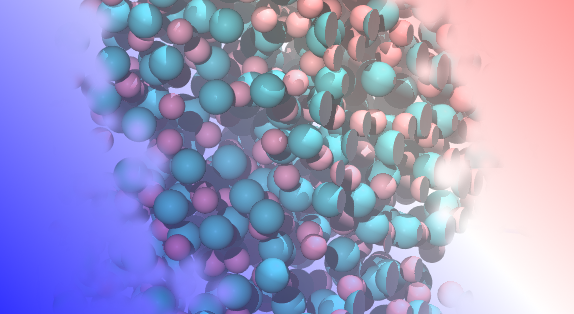